This page details the effects of spoiler upgrades and downforce mechanics that affect a car’s grip level in GTA Online. This video is also an option for a more simplified explanation with visual aids.
Written by: Adam10603, Nismo, and Chilli

How Downforce Works In GTA 5

Air moving over a car in real life produces a downwards force that gives the car more traction, and GTA 5 simulates this as well. As a baseline, there’s a natural downforce in the game that affects all cars. This is the reason cars are visibly pushed down at higher speeds.

Besides natural downforce, there’s also a value calculated in real-time as a part of the driving physics code, and it can be observed with tools like Cheat Engine. Technically it affects the suspension, but for simplicity we are calling it wheel downforce. Each wheel on a car has its own instance of this value. Working together with natural downforce, wheel downforce determines the final downforce that the wheel experiences. Higher values push the wheel more against the ground, giving it more traction. All cars in the game have this.

While natural downforce is constant, spoilers and downforce modifiers affect wheel downforce in different ways, and this is the reason they affect the car’s grip.

Currently all cars in GTA Online are one of five types. Each type behaves differently and will cause spoilers and downforce modifiers to have different effects on wheel downforce.

The equations in this section aren’t fully detailed as this is just meant to show their basic logic, and certain values have been rounded for convenience as well. To see the full formulas with exact values, look at the Interactive Calculators section.

Wheel downforce will be abbreviated as WDV from this point, and “top speed” refers to fInitialDriveMaxFlatVel in the handling data, which is in km/h (the graphs are converted to mph). 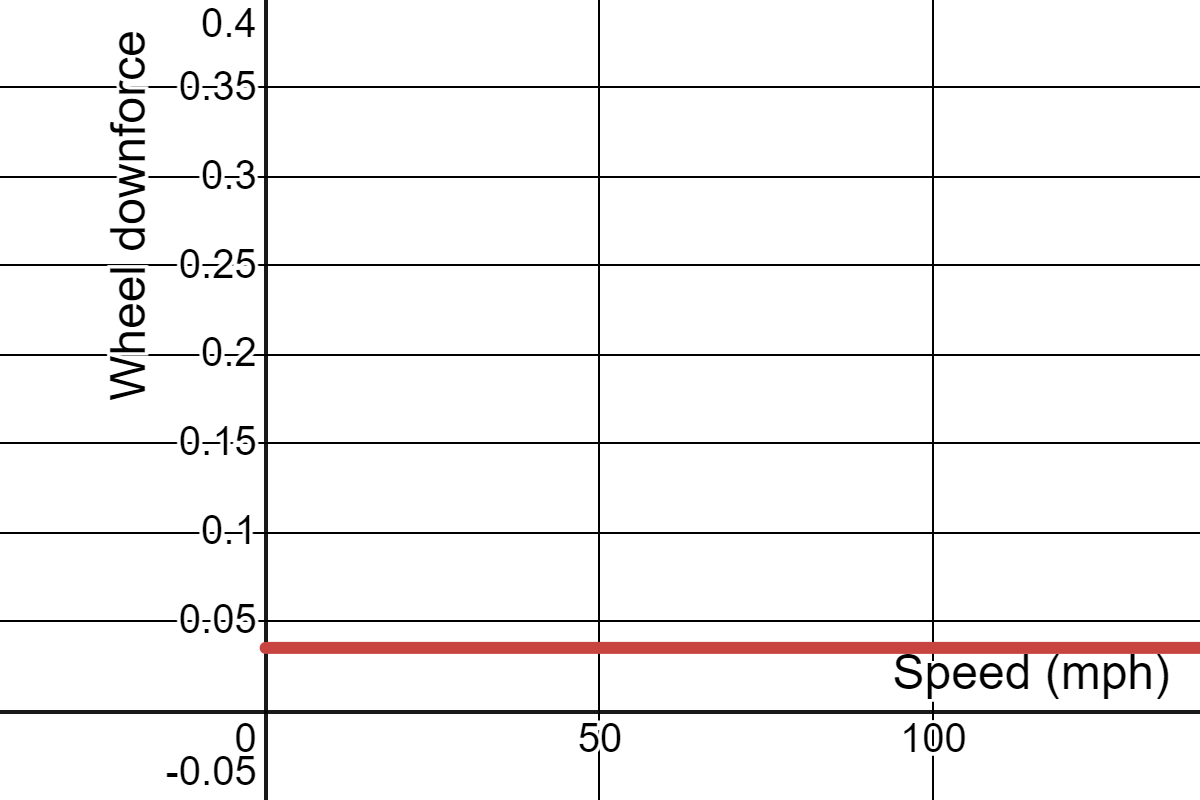 Regular vehicle with no spoiler upgrade 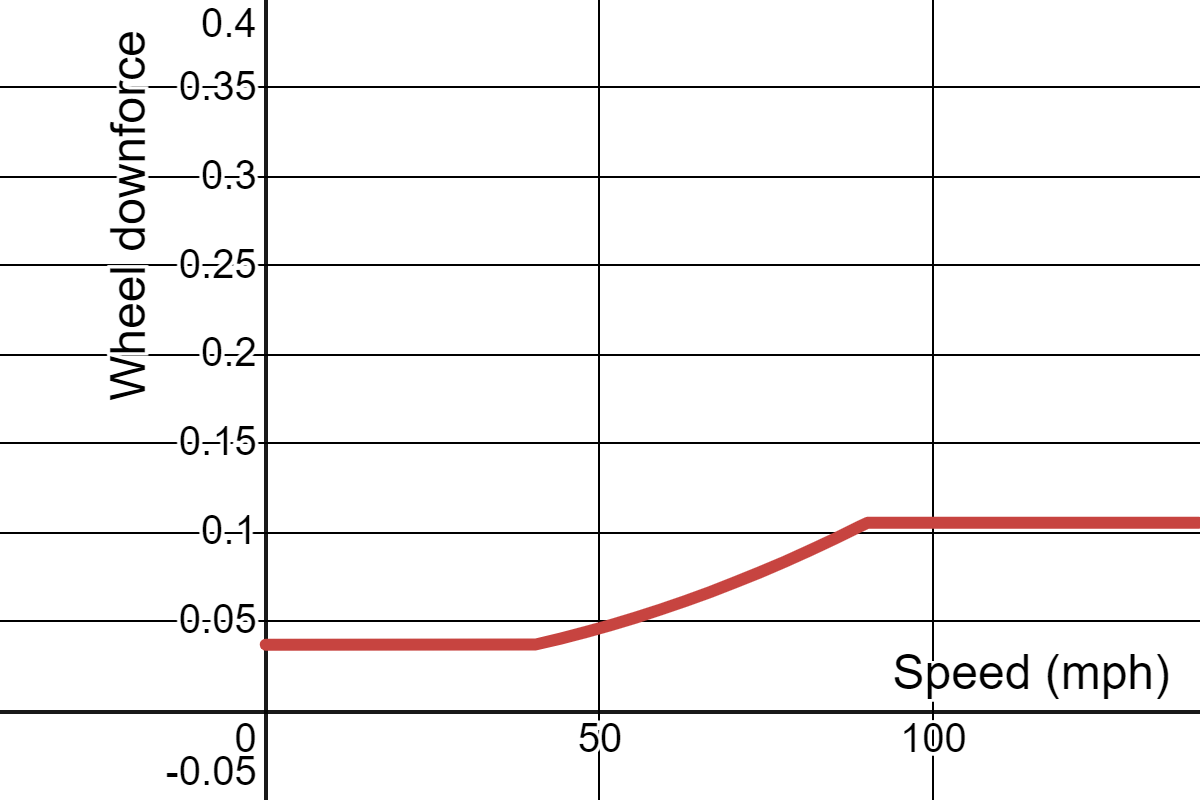 PR4 (fDownforceModifier = 5.0) with no wing upgrades

The way active spoilers behave can be broken down into two categories:

This is the default behavior of active spoilers (found on the T20, Furia and Ignus). Essentially the effect is identical to a spoiler upgrade on a regular car, but only when the active spoiler is raised.

These vehicles use special rulesets instead of the default behavior seen above.

This is a flag that can be enabled in the strAdvancedFlags field in the handling files. Its value as a bit-shift expression is 1 << 27 or 8000000 in hex. The flag was added to the game in The Diamond Casino Heist update, and it’s only found on open wheel race cars (hence the name).

When applied to a car, it switches the downforce behavior to the open wheel type explained above, and it also prevents any speed gain from mechanics such as curb boosting.

If the flag is applied to a vehicle that doesn’t have the special wing upgrades of an open wheel car, the resulting downforce behavior is equivalent to an open wheeler with broken off stock wings.

As a side note, you can use this online tool to decode or modify flags from the handling files.

Below are links to interactive tools you can use to graph the wheel downforce behavior of any car, given some basic input parameters.

The math for these calculations was taken directly from disassembled game code. Apart from some rearranging to make things work better in the graphing tool, the formulas are mathematically identical to how the game calculates wheel downforce values.